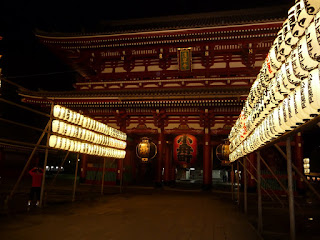 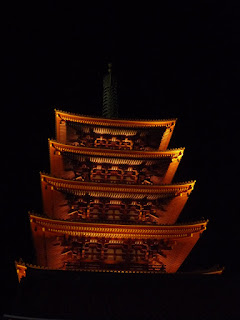 I feel like a little girl again. I remember the way I felt when I was young, and the excitement of traveling by plane – the wonder at the airport, the curiosity about my fellow travelers, wondering where they were going, where they had been and whom they would be meeting. The excitement of take-off and landing, all novelties before the dozens of business trips took the luster away. But I feel it again now as the sleek shinkansen train arrives at the station and I make my way to car 12. I reserved a window seat, looking forward to watching the Japanese countryside pass by – but lament not having the words to explain to the attendant I would have preferred a seat on the left side of the train as to afford me the view of Fuji-san. It’s a clear day, and the view should be beautiful.

An uniformed attendant walks to the front of the car and bows. To whom I don’t know, as he is ignored much like the airline attendant teaching the safety features of the aircraft, and I think I am the only one that notices. I imagine him stopping and doing the same on the 11 cars behind me, and I wonder at the tradition.

Several weeks ago, while bravely exploring a Sannomiya bar by myself I met Nobu, Takashi and Tetsuya. Nobu is an old man. He is almost bald, but resolutely keeps the little bit of hair he has ridiculously long. He has the look of an ancient Chinese philosopher and I can imagine him with a very long beard, giving instruction in the secrets of some martial art. I ride up in the elevator with him. He looks out of place here – at a pseudo British pub – but his sparsely toothed grin seems familiar to all here and I get the impression that this is his spot. We bump into each other later and he is quick to introduce me to his two friends, Takashi and Tetsuya. They speak English, although they make apologies about their skills – a typical Japanese trait. They are better than they let on, and I am happy to just have someone to speak to. I’m not sure how the topic of Aikdo came up, but in response to my interest they politely invite me to come watch aikido practice at their former university. We exchange email addresses before I rush off to call James from home since I know he will be able to receive my call at that hour.

I was surprised to receive the polite e-mail from Takashi renewing the invitation. I have a hunch that he appreciates having someone with which to practice his English. I feel confident the invitation is friendly only. When I travel in Mexico I can’t help but notice men looking at me – it’s unnerving but I’d be lying if I didn’t admit a little flattering. In Japan I realize I do not fit the standard of beauty here. Rather than being at all insulted by the polite indifference I find it comfortable – not too unlike going dancing at a gay bar.

Yesterday I met Takashi at Umeda Station. He’s wearing a fedora and I almost miss him. Kyoto University sits on the side of a mountain. It’s a little ways up from the very busy part of the city – quaint and a little cooler. We walk through the campus under a canopy of yellow-leafed ginko trees. Still warmer than usual, the mountainside is not yet fully ablaze in kouyo, but the cooler wind blows the early fallen around at my feet. It smells like fall.

At the opposite end of the campus we reach the dojo. Half of the dojo is floored in tatami mat, the other half is smooth wood. Soji screens wrap around the bottom two feet of the walls and sliding doors are opened wide, inviting in the autumn breeze. I notice that there is what appears to be a wooden shrine of some kind hanging on the wall, lemon leaves arranged as offering. Beside it is a picture of a stoic-looking elderly man in hakama, which I assume to be the sensei. When we arrive Kendo practice is taking place on the wood floor, bamboo swords clacking between grunts. On the tatami students wearing hakama prepare for Aikido. Tetsuya is already there and has begun stretching.

It’s an informal practice today, led by the team captain rather than the sensei. To begin they sit on their legs, bowing low and then alternately sitting upright and clapping four times in unison, and bowing again, arms prostrate in front of them. Tetsuya later explains that this is done in acknowledgment of God and directed at the shrine I had noticed upon entry – no particular religion he adds, just a general acknowledgment of a higher being.

They begin their warm-up practice. In unison they walk in a squat across the tatami and back again. Next they roll, right shoulder, left shoulder, right shoulder, their black hakama swirling around them giving them a look like Sonic the Hedgehog. Practice begins and they quickly pair up, going through the first kyo (technique). They switch partners for the second and so on, slowly and methodically practicing their technique. It looks quite effortless, but then I start to notice the beads of sweat building on foreheads. Takashi and Tetsuya take turns coming over to me and explaining something or another about the art. “This is to help you understand the spirit of Aikido,” Tetsuya explains and then quickly shuffles back to his practice.

Takashi invites me to join. It’s an intimidating prospect, but one I can’t pass up. I’m showed yonkyo and gokyo, and although he humors me, I’m sure I missed the point altogether. It’s difficult for them to explain in English the complexities of the technique, and perhaps I am not yet capable of understanding. I enjoy it though, and leave feeling like I have experienced something of Japan that not all tourists have the opportunity to.

The train glides over the rails – the normal ca-clunk-ca-clunk of tracks below almost imperceptible. I watch bright countryside fly by in the window, occasionally interrupted by intervals of darkness as we dive under mountains. I can feel in my ears that the pressure changes – have we descended or is the change created by the bullet forcing the air before it into the dark tunnel? I think that James would know the answer and I miss him. It’s easier to focus on things in the distance – closer objects pass by in a dizzying whir.

I make my way through Tokyo, change trains and arrive in good time at the Narita airport to pick up Tara, little sis and co-adventurer for the next two weeks. Her flight is delayed, but without too much ado we make our way back to the hotel. She was up for a stroll and dinner out. While on our search for dinner we unexpectedly find Senso-ji Temple. I didn’t realize our hotel was that close to it. It was on the list of things to see and so we put our hunger aside and explored for a while. It was quite beautiful at night. Strings of bright lanterns line the way – something you’d miss entirely during the day. The pagoda is brightly lit, and it’s red an gold make an even more impressive display against the black sky.

We settle on yakuniku, one of my favorites and something I’m confident ordering. Korean BBQ that you grill at your table arrives and Tara and I enjoy ourselves and catch up a little. We soon call it a night – we have a big day ahead tomorrow…matter of fact, a big two weeks. 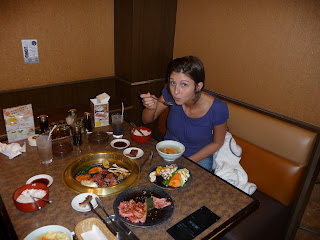 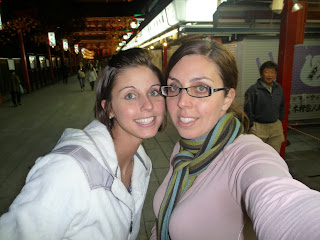 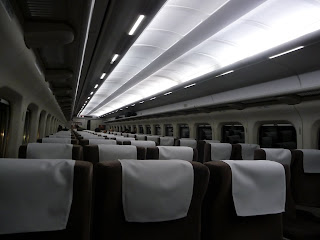 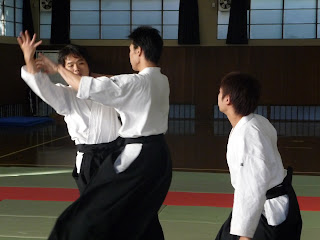 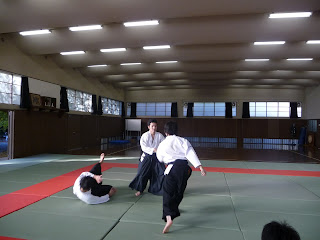 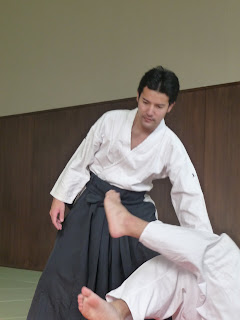