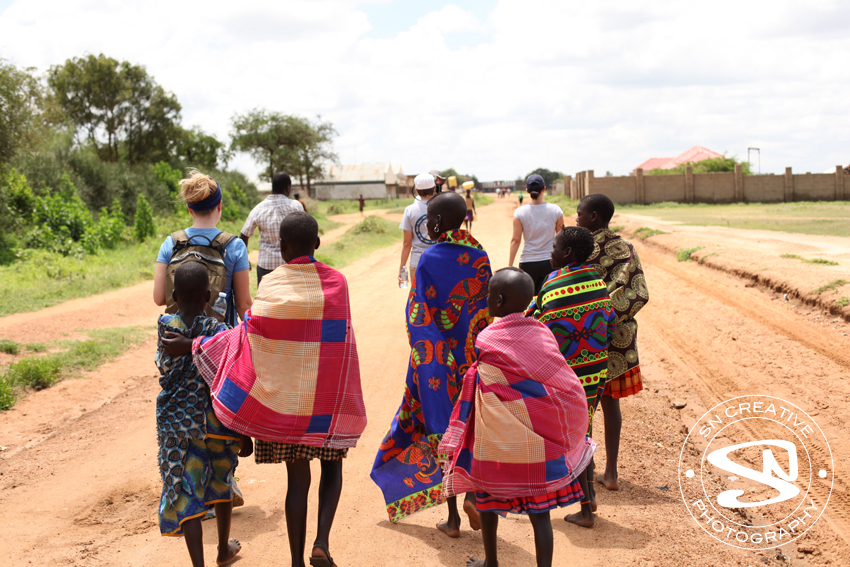 On our way into Kotido

Our accommodations were a guest house complex at the Church of Uganda – or owned by them anyway – and so it was simply called “Church of Uganda”. They were simple accommodations, but admittedly better than what I had expected. They were clean, we each had our own bathroom and they were cute round huts with thatched roofs. We didn’t have running water for over half the time we stayed there, but hey, it was an experience. 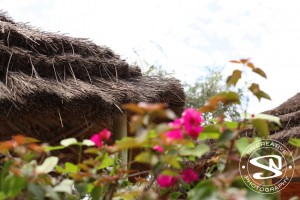 Thankfully, the day following our arrival in Kotido was Sunday. The MAP offices do not work on Sunday and so it was a day of rest and exploring. Well, more exploring than rest.

Dennis from MAP was kind enough to accompany us into the town of Kotido. We stepped out of the complex and started making our way to the town center collecting tiny observers whispering “mzungu” (white person) along the way. 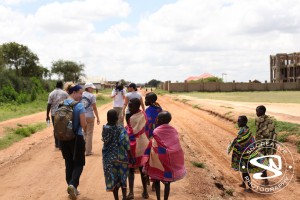 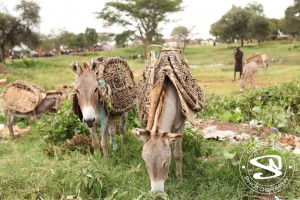 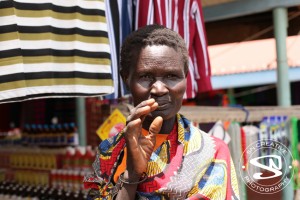 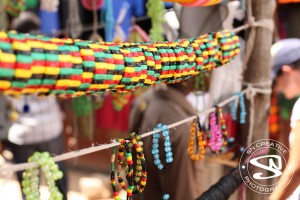 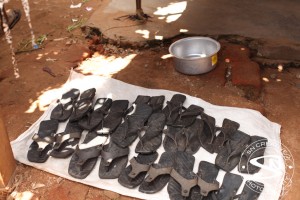 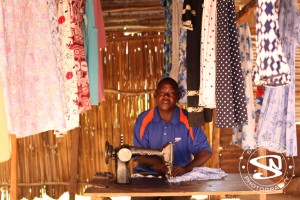 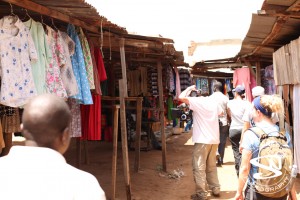 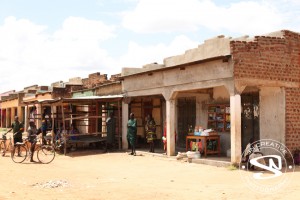 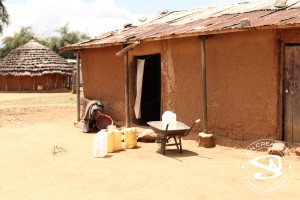 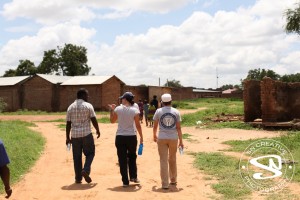 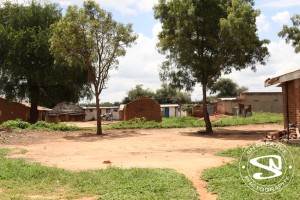 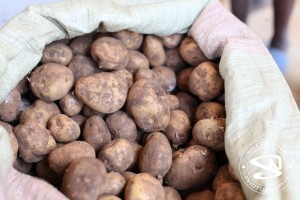 When we emerged at the other end, we found ourselves in the middle of a tribal gathering. All seven clans of this tribe had come from miles away to town today. The purpose for this colorful gathering, as explained to us, was that there had been a couple of deaths by lightening in the last month. The leaders, concerned that perhaps the gods had been aggravated, decided the best way to appease them was for each of the seven clans to sacrifice a cow. And so, that is how we came upon the scene – seven cows laid out in a field being butchered in the middle of a swarm of clans people. Mercifully we missed the slaughter. The people were friendly and we were invited to return in the evening when the beef was to be roasted. 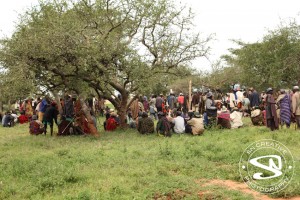 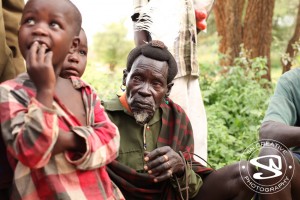 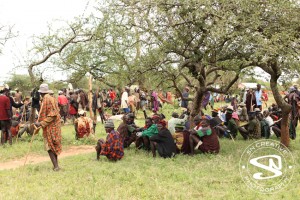 At the end of our town expedition we had amassed quite a following of local children and they seemed undeterred as we started to make our way back to our accommodations. We popped into a shop and bought a handful of candy drops to dole out with entreaties for the children to return home. 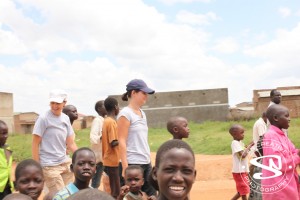 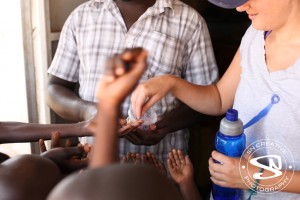 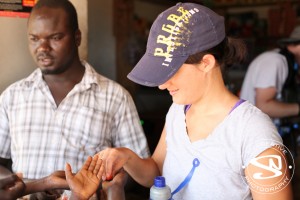 The folks from MAP wanted to share with us their Sunday afternoon entertainment – the sliding rock. Which was quite literally that – a large rock outcropping with a shiny, bluish vein running down the slope. Whether the “slide” was originally a natural occurrence or if years of fun-seeking rear ends wore it into the rock we may never know. If the rock itself wasn’t entertainment enough, the locals gathered there were and a few young men decided to enact what appeared to be part traditional dance performance and part boyish improve. It proved entertaining and wrapped up our Sunday evening. We headed home to rest up and prepare for the start of what would be a long week of work in the field. 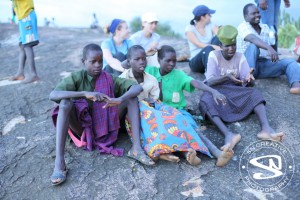 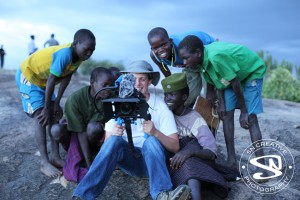 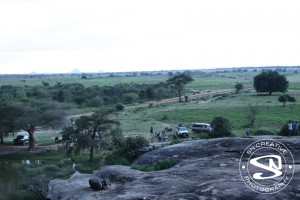 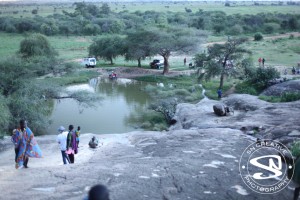 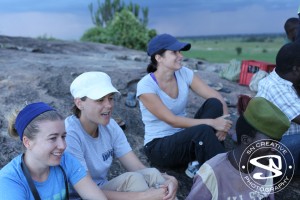 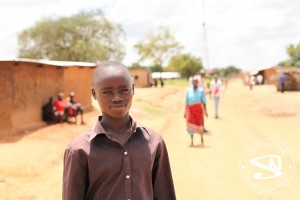 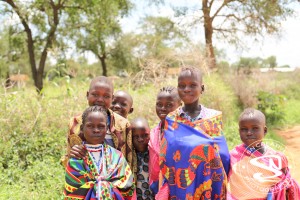 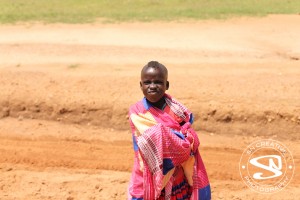