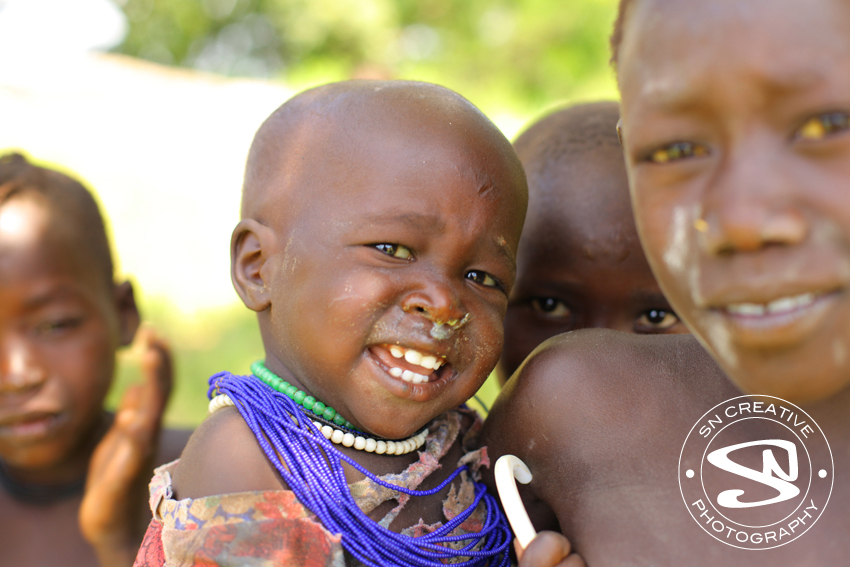 The need is great

It was Monday and the first day of our work in the field. We’d be traveling out of the town of Kotido and deeper into the Karamojo region. We drive, 10 of us packed like sardines across two bench seats in the back of the Land Cruiser, down the rough, red snake “road” through green bush country. The Karamojo region sits atop a plateau, and at 4,100 feet green bush stretches as far as you can see, interrupted occasionally with dramatic rock outcroppings.

The roads through this region are what adventure seekers and off-road enthusiasts in America would be proud to navigate. To say the roads are rough is an understatement. But they are a lifeline to the region and cut through river beds and unforgiving terrain with purpose. It’s surprising how many people are walking along these roads. To us, we see nothing within any sort of walking distance, so where are these people going? Where did they come from? Children herding goats and cows along the road call out to the passing vehicle “Dodo, dodo, dodo!” They are begging for our empty plastic water bottles and will use them to milk the goats and have something to drink while out during their long days grazing the family livestock.

Joseph our driver and the Land Cruiser are accustomed to this terrain and he flies down the road at a fast clip, hitting large holes in the road and sending us airborne, ramming our heads into the ceiling and returning back to the bench with a thud. I wonder that the axle doesn’t just split in half through this.

Today we would be meeting the people of Kogole West, the village that had been identified as the location for the much-needed sand dam. A sand dam, as I understand it, is a semi-permeable dam built from rock and concrete. The resulting reservoir is not of water, but instead of sand. The sand trapped behind the dam then acts as a water store, holding much more water and preventing more evaporation than a traditional borehole or well might in this region. This kind of project is being used with great success through parts of Kenya. With Karamojo being subject to harsh, dry weather conditions the need not only for clean water, but for water in general is critical. Kogole West, being in relative close proximity to a river is a prime candidate for this project. Sand dam engineers had visited the site long before we arrived and surveyed the river in great detail, determining the one and only location in the Kogole area that would be a successful location for the sand dam.

After about an hour travel down the rusty vein Joseph makes a right into a much narrower path lined with thick thorn bushes. We have to close the windows so that the three-inch thorns don’t reach in and tear at us. After a while we emerge into a clearing and make our way to a large tree. The village is expecting us and everyone is gathered under the meeting tree. We quickly pile out. Michael (the camera guy) and I are hustling to get cameras and audio equipment ready for the meeting which starts without delay.

The elders of the village are lined up along one side of the meeting area – some sitting on their hand carved stools and others logs. The rest of the group gathers in the dirt under the tree. MAP has met with this group before and discussed the sand dam project with them. This is a kick-off and introductory meeting for our team. We are introduced to curious faces. The project details are discussed. It will be a work program – thirty workers have been per-selected by the village to help with the project. Work will happen 4 days a week, from 7 am – 2 pm. and food will be provided at the work site for the workers. Each worker will earn additional rations of food to take home to their family.

After considerable discussion we make the trek to the determined sand dam site along the river. Here I should mention that what they call a river really is about a 15-foot wide sandy river bed with small creek weaving down the center. It’s hard to imagine how this is their sole water source. The water is stained a muddy red and as we climb down to the bed we have to avoid cow dung along the way – a sign that the livestock are also using this creek. This water source is used for bathing, watering livestock, watering crops, household use, and yes, drinking. It’s almost incomprehensible.

What ensues next is completely unexpected. I’m torn between regaling you with the details of what was a very interesting debate about the sand dam and keeping the details for the documentary. I’ll settle on telling that there was some concern and misunderstanding about the project that was in the end cleared up. I remember at one point of the interaction trying to get in a little closer with the boom mic and getting mean mugged by a very fierce looking young man who appeared to be of some prominence in the village. Having the affect I’m sure he intended I quickly backed off. However, all said we left the day on a positive note and determined that we’d be back in the morning to begin the labor on the sand dam. (A side note: Dennis of MAP did ask permission for us to film in the village and we received it.)

The next day we arrived at the scene of the sand dam where rocks where being chipped off a nearby rock outcropping and carried down to the river. We joined in. It’s so amazing to see this. In America, if you need stones and gravel, you go to Home Depot or call someone. Here they head to the hills and start chipping stones off the rocks with large mallets. Smaller stones are then further broken down with little hammers and women sit amongst a pile of rocks cracking each one smaller and smaller into gravel. We spent the morning walking the now worn path to the river carrying rocks. The villagers where amused at our obvious lack of skill and awkwardness trying to carry the rocks in our arms. Mercifully, the women intervened and provided us with straw donuts (for lack of a better description) to put on our head to help distribute the weight of the rocks and carry them on our heads. The women do this effortlessly, carrying quite heavy rocks balancing on their heads, arms free about their sides. This habit of carrying things on their heads has produced women who walk with pride and grace. The women are amazing and a story unto themselves.

At the end of day one at the sand dam it was evident that we had earned a bit of respect from the villagers. When we were departing to visit the next village our vehicle got stuck in mud. The village rushed to lend a hand, and after much digging, pushing and some cow dung thrown in prayer we were out and on our way to the first village that would be receiving the water filters.

Over the next week and a half we’d be back several times. Sometimes to help with work and sometimes to drop off the engineer Livingstone and check on progress. The relationship with the people at Kogole started off a little tense but on the last day of our visit it had grown to mutual respect and friendship. By the end, they were singing and asking us to dance with them. I was fighting back tears at how amazing the experience was to be there sharing that with them.

On the last day the pouring of concrete began and we had to leave the construction of the dam to the supervision of Map and Livingstone. It’s in good hands. 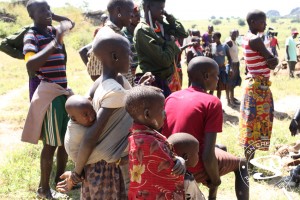 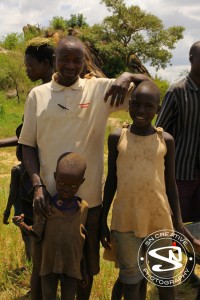 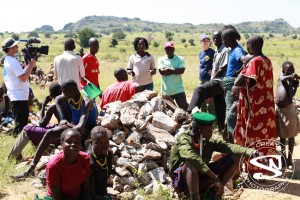 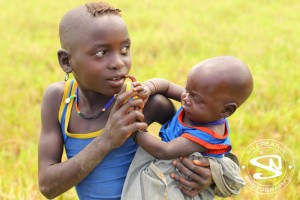 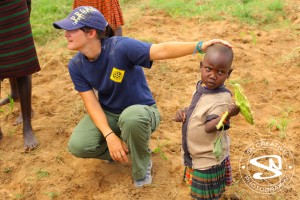 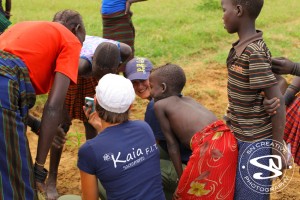 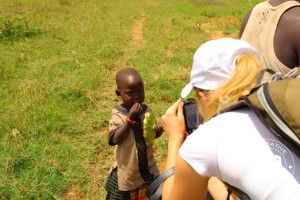 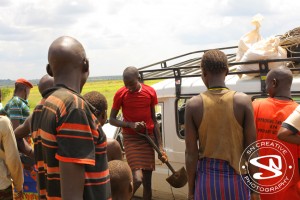 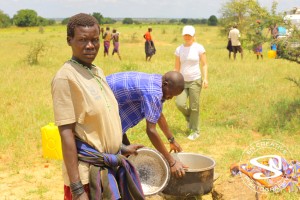 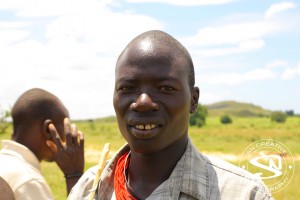 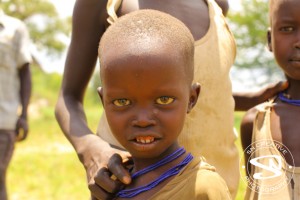 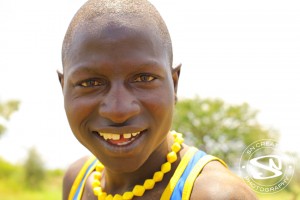 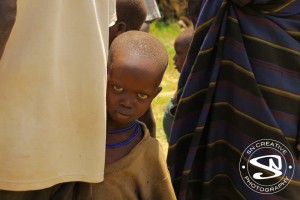 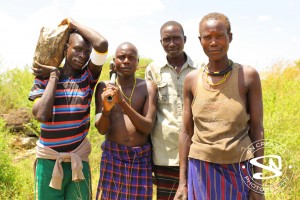 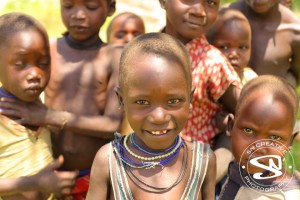 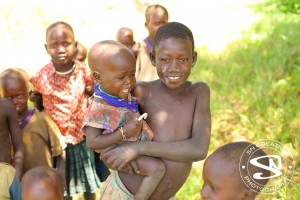 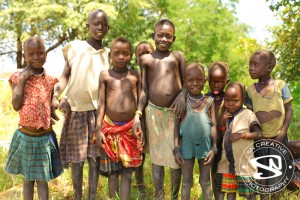 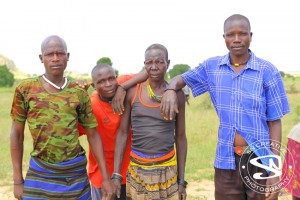 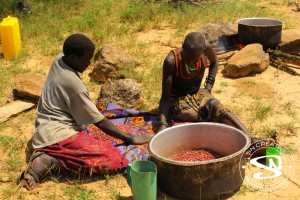 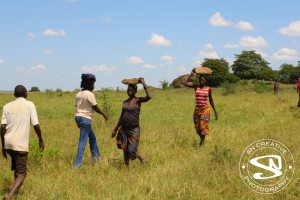 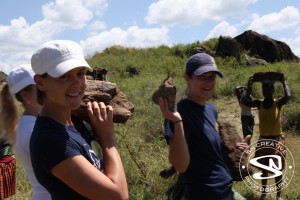 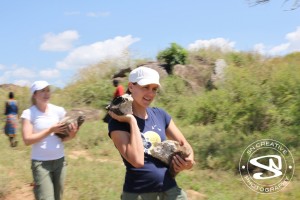 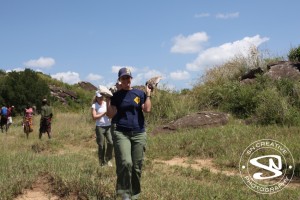 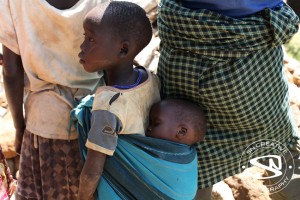 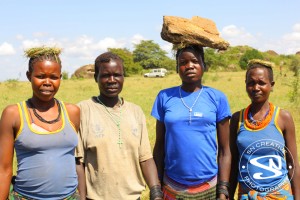